1.         Introduction 24 Although hair loss may not be a life-threatening disorder, it has 25 a great impact on a person’s self-respect, mental health, and overall 26 quality of life. Within the disorder, androgenic alopecia (androge-27 netic alopecia or AGA) is the most common type of hair loss, which 28 affects large numbers of both men and women (Sinclair, 2004). AGA 29 can occur as early as the teen years, but usually begins in the later 30 years of life. It affects at least half of all men by the age of 50, and 31 up to 70% of 70-year-old men (Trüeb, 2002). AGA is an androgen- 32 ∗ Corresponding author. Tel.: +66 5394 4340; fax: +66 5389 4163. E-mail address: chaiyavat@gmail.com (C. Chaiyasut). dependent and genetically acquired disorder, caused by excessive 33 activity of the 5 _-reductase enzyme in hair follicles (Sawaya, 1998). 34 It is usually observed that the hair follicles of AGA patients are 35 smaller than those in normal adults, which is a direct occurrence 36 of the hair miniaturization process caused by overactivity of dihy- 37 drotestosterone (Sinclair, 2004). 38 At present, there are some medicines that are used to treat 39 AGA. For example, 5 _-reductase inhibitors, finasteride and dutas- 40 teride, are used to treat androgen-related disorders (Robinson 41 et al., 2003). But these medicines have several undesirable side 42 effects: for example, impotence (erectile dysfunction), abnormal 43 ejaculation, decreased ejaculatory volume, abnormal sexual func- 44 tion, gynecomastia, testicular pain, impairment of muscle growth, 45 and severe myopathy (Lacy et al., 2008). Another medicine for

Copyright © 2011 Sridar Chittur et al. This is an open access article distributed under the Creative Commons Attribution License, which permits unrestricted use, distribution, and reproduction in any medium, provided the original work is properly cited.

Chronic inflammation of the hair follicle (HF) is considered a contributing factor in the pathogenesis of androgenetic alopecia (AGA). Previously, we clinically tested liposterolic extract of Serenoa repens(LSESr) and its glycoside, β-sitosterol, in subjects with AGA and showed a highly positive response to treatment. In this study, we sought to determine whether blockade of inflammation using a composition containing LSESr as well as two anti-inflammatory agents (carnitine and thioctic acid) could alter the expression of molecular markers of inflammation in a well-established in vitro system. Using a well-validated assay representative of HF keratinocytes, specifically, stimulation of cultured human keratinocyte cells in vitro, we measured changes in gene expression of a spectrum of well-known inflammatory markers. Lipopolysaccharide (LPS) provided an inflammatory stimulus. In particular, we found that the composition effectively suppressed LPS-activated gene expression of chemokines, including CCL17, CXCL6 and LTB(4) associated with pathways involved in inflammation and apoptosis. Our data support the hypothesis that the test compound exhibits anti-inflammatory characteristics in a well-established in vitro assay representing HF keratinocyte gene expression. These findings suggest that 5-alpha reductase inhibitors combined with blockade of inflammatory processes could represent a novel two-pronged approach in the treatment of AGA with improved efficacy over current modalities.

The pathogeneses of benign prostatic hyperplasia (BPH) and androgenetic alopecia (AGA) are mediated in part by the transcriptional pathways downstream of the steroid hormone androgen receptor (AR). The predominant ligand in these tissues is dihydrotestosterone (DHT), which is formed by the conversion of the inactive form of testosterone (T) and is catalyzed by the enzyme 5-alpha reductase (5-AR).

Anti-androgens and inhibitors of 5-AR have proven effective in the treatment of BPH as well as AGA, attesting to their common disease mechanisms. Both the pharmaceutical compound, finasteride (Proscar or Propecia) and the liposterolic extract of Serenoa repens (LSESr) have shown efficacy in the treatment of BPH and AGA. Notably, in a direct comparison of LSESr against finasteride, it has been reported that LSESr exhibited a 3-fold greater inhibition of 5-AR in in vitro assays [1].

Finasteride (at a dose of 5 mg, as in Proscar) is used as the treatment of choice for BPH, particularly in the USA. A number of well-controlled studies point to its efficacy in ameliorating the signs and symptoms of BPH [2]. In large, double-blind, placebo-controlled clinical studies recruiting over 1600 patients, it was shown that the administration of finasteride reduced the size of the prostate by a mean of 22%, following 6 months of therapy [3]. Likewise, multiple well-controlled clinical trials reinforce the utility of LSESr in the setting of BPH, predominantly in Europe [4]. Investigators have found that LSESr is well tolerated and has greater efficacy than placebo and similar efficacy to finasteride in improving symptoms in men with BPH [5].

During the course of a clinical trial of Proscar for BPH, it was noted serendipitously that there was a cessation of hair loss in study subjects receiving drug [6]. Therefore, finasteride (at a dose of 1 mg; as in Propecia) was subsequently investigated in clinical trials for the treatment of men with AGA. In affected individuals, long-term treatment with finasteride 1 mg/day over 5 years was well-tolerated, led to visible improvements in scalp hair growth and slowed the further progression of hair loss that occurred without treatment [7]. LSESr is well known for its role in BPH as a 5-AR inhibitor, leading us to postulate a similar effect in AGA.

Previously, we tested LSESr and its glycoside, β-sitosterol, in subjects with AGA and showed a highly positive response to treatment. The blinded investigative staff assessment reported that 60% of study subjects dosed with the active study formulation were rated as improved at the conclusion of the trial and established the effectiveness of naturally occurring 5-AR inhibitors against AGA for the first time [8].

Notwithstanding, the common mechanism of androgens in their pathogenesis, several lines of emerging evidence suggest that both BPH and AGA are also associated with significant dysregulation in the expression of inflammatory cytokines [9]. For example, gene expression profiling of prostate tissue from BPH patients revealed molecular signatures containing genes associated with inflammation [10]. Likewise, chronic inflammation of the hair follicle (HF) is also considered a contributing factor in AGA [11]. Another recent study reported a relationship between moderate to extensive alopecia and chronic low-grade inflammation [12]. Histologically, it has been shown that in scalp biopsies from AGA patients, sustained follicular inflammation with connective tissue remodeling eventually results in permanent hair loss and, thus, is described as a possible cofactor in the complex etiology of the disorder [11].

On the basis of such findings, the utility of treating BPH-affected patients with anti-inflammatory agents in combination with 5-AR inhibitors is currently under investigation. In one study, combination therapy with alpha(1)-adrenergic receptor antagonists [alpha(1)-ARAs] and the 5-AR inhibitor finasteride was significantly more effective than either component alone in reducing BPH-related symptoms ( 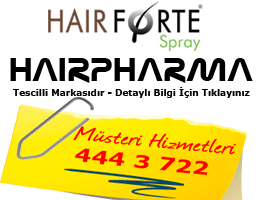